Sometimes the works come up after a long time thinking about them, long projects with a lot of preparation work, documentation of the car, study of the techniques.... And others simply come up by chance. This job is one of them.

I had saved a Altaya´s "Duelos Míticos" collection Porsche 935 K3 body without knowing what to do with it, which for those who don't know this body is the same mold as the EXIN Porsche 935, which is a 1983 model. Despite being a mold with so many years the bodywork is a very good reproduction, logically surpassed by current products but we must not forget that it is a reproduction from almost 40 years ago, which gives us an idea of the category that the modellers of EXIN had, perhaps some current slot car manufacturer should review these works before doing certain things.
On the other hand, I bought a Porsche 935 from Sideways and looking at both cars I realized that the Sideways chassis fit the Altaya body shape very well. Undoubtedly, as these are two reproductions of models derived from the 911, the wheelbase is practically the same, but in this case even the shape of the chassis fit very well with the Altaya bodywork, which required minimal modifications. Starting from that base I thought "why not to make a competitive car?" After all, the Sideways chassis is very good and allows the fitting of an anglewinder motor and I know that the 935 from that manufacturer is a car that performs very well on the speed track so I approached the job somewhat differently than I usually do. 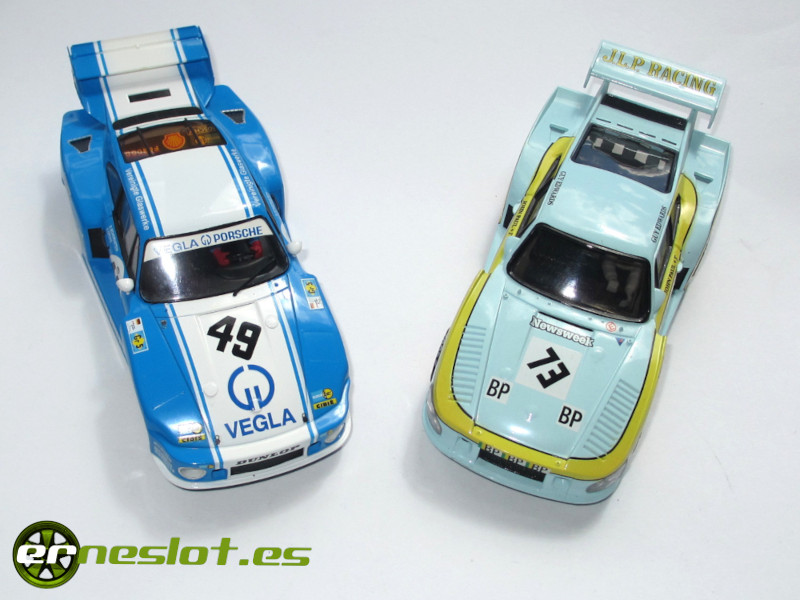 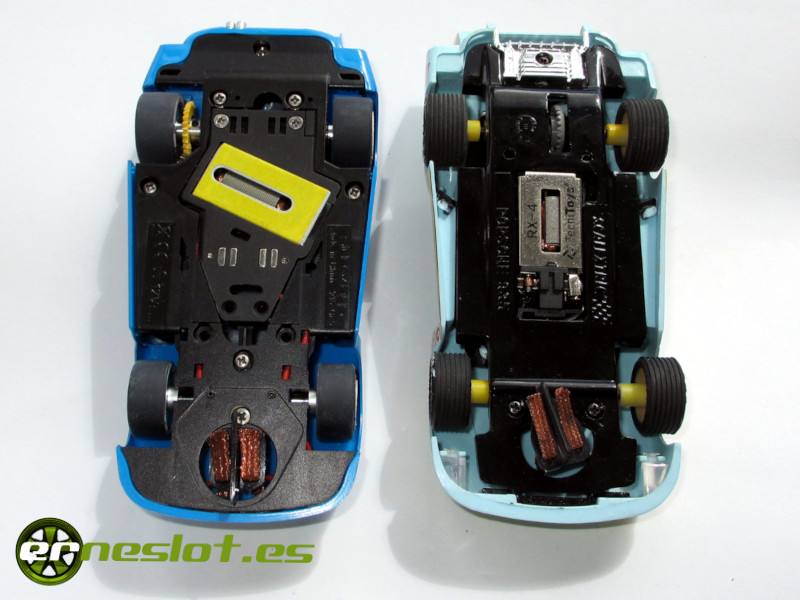 To date, the mobility of the slot cars I make had been a secondary issue, but in this case I wanted to try to make a car that, with its limitations, would be as competitive as possible, so that the modifications would be focused on behavior of the car on track and not in its aesthetics, which is not to say that I was not interested in making a beautiful car. 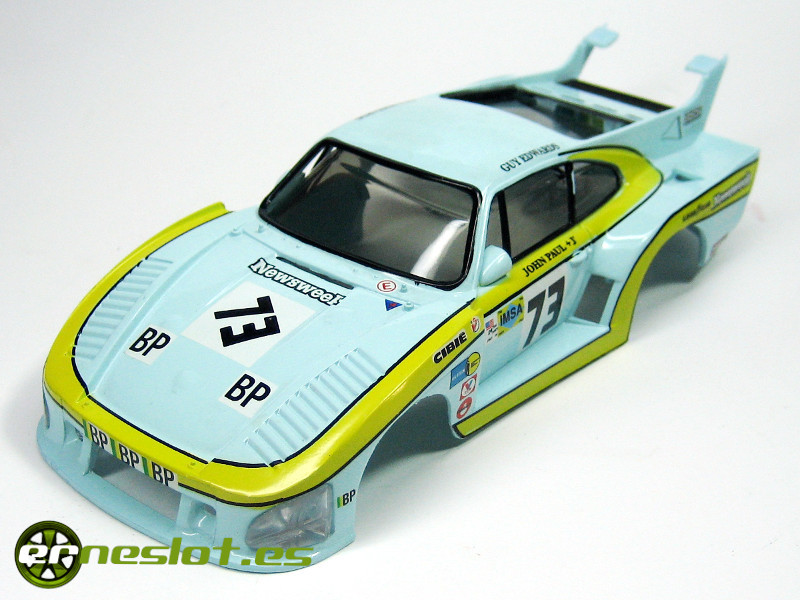 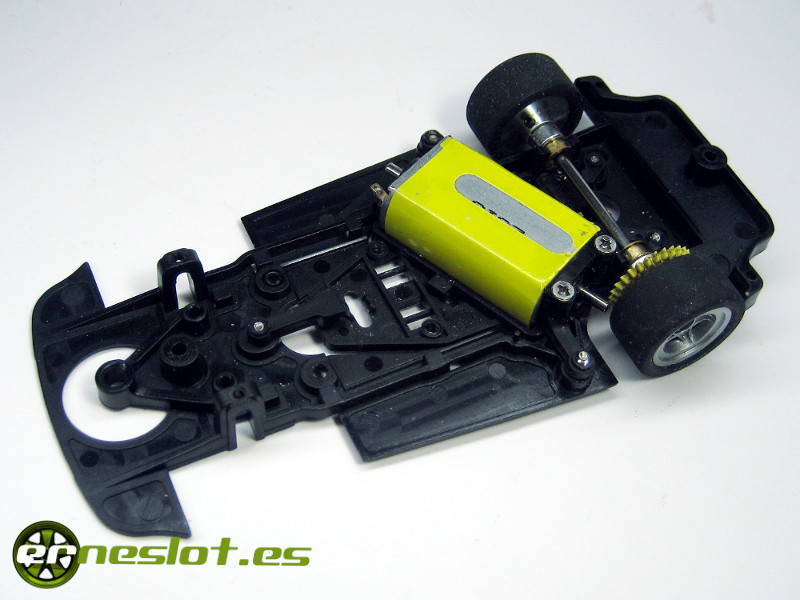 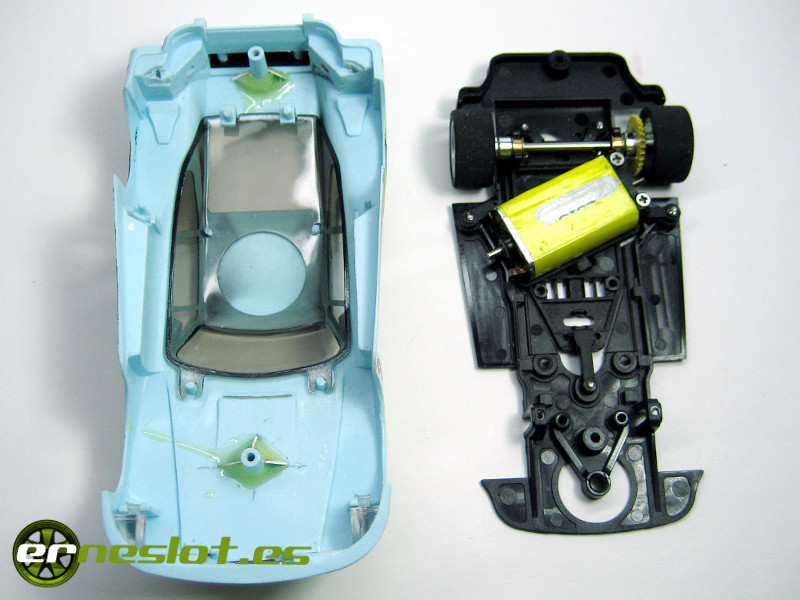 To continue with the weight reduction of the bodywork, I decided to open as many holes as possible in the bodywork, since many of them are blind. So I proceeded to make the openings in the rear of the car, both in the wheel arches and the rear wing support... 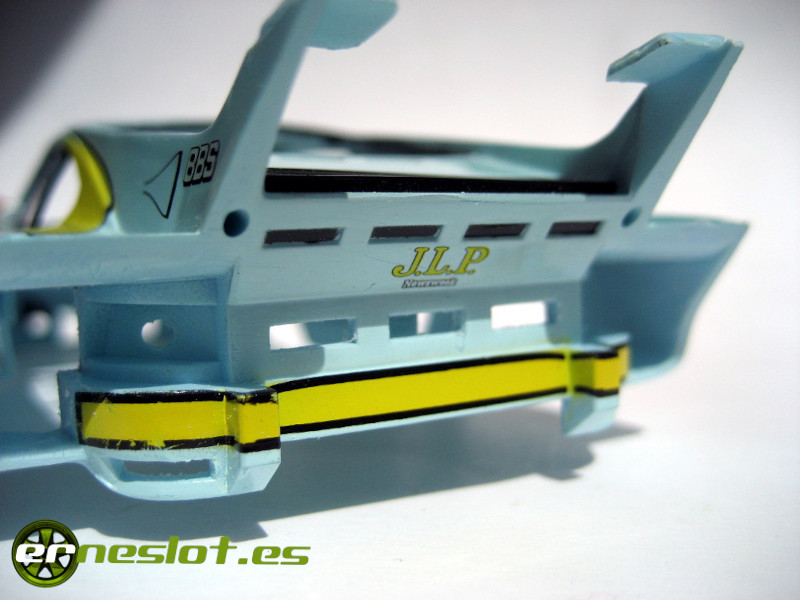 ...as in the air outlet of the front wheel arches: 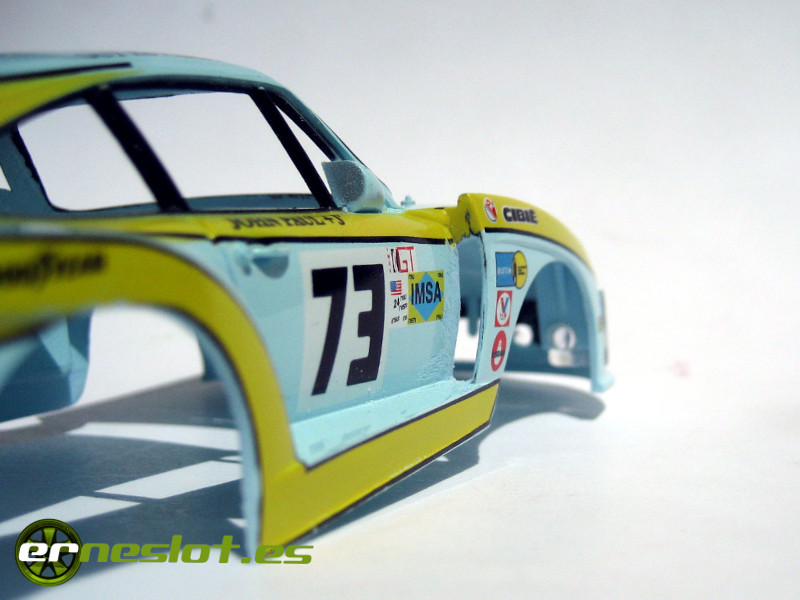 With all the openings made, I disassembled the bodywork and stripped it by immersing it in 96° alcohol and in just over half an hour it was completely clean. After the cleaning process, I covered the side air intakes to change their shape and position, placing them a little higher and with a round shape. I also covered the holes where the headlights are housed, covering them from the inside with some plastic pieces on which I will put other pieces with the same shape as the lights, simulating the headlights covered with plastic as was done in the endurance races of the 60s and 70s. 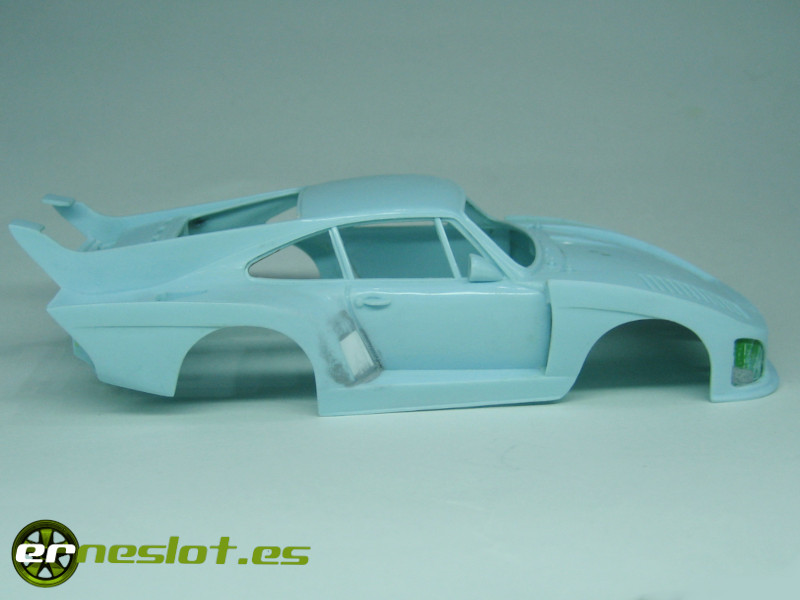 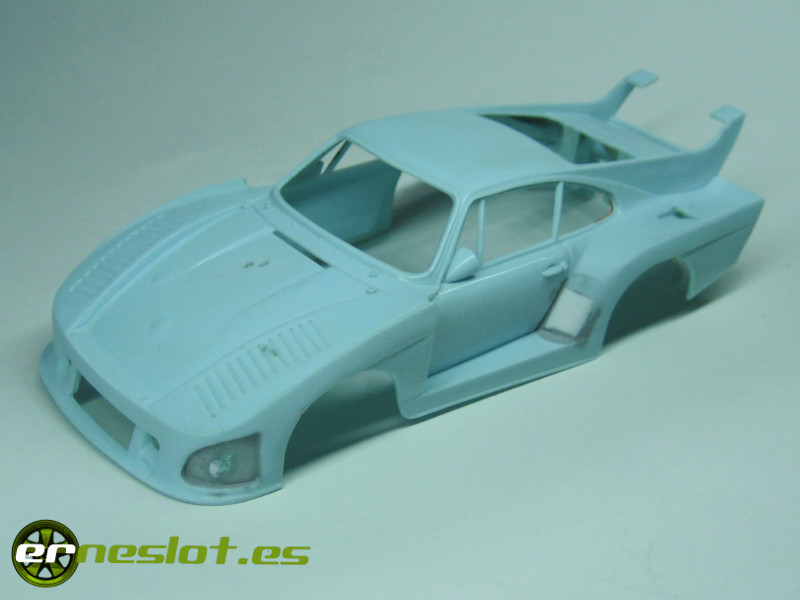 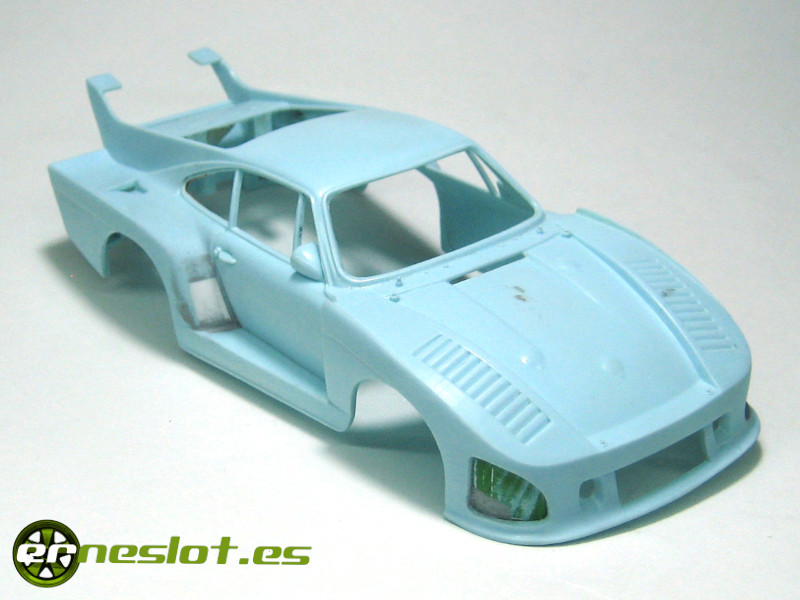 The rear wing of this car is a separate piece and with a very successful shape in general. But I didn't like the shape of the end plates so I modified it. First I made a template with a strip of plastic with the original shape of the end plates of the spoiler which I modified to give it a drop shape to my liking. Using that modified template I marked the outline on the spoiler and shaped it by sanding smooth. Unfortunately, to illustrate the process I only have the image of the spoiler with the template in its original form, I don't know what I have done with the rest of the images I took. 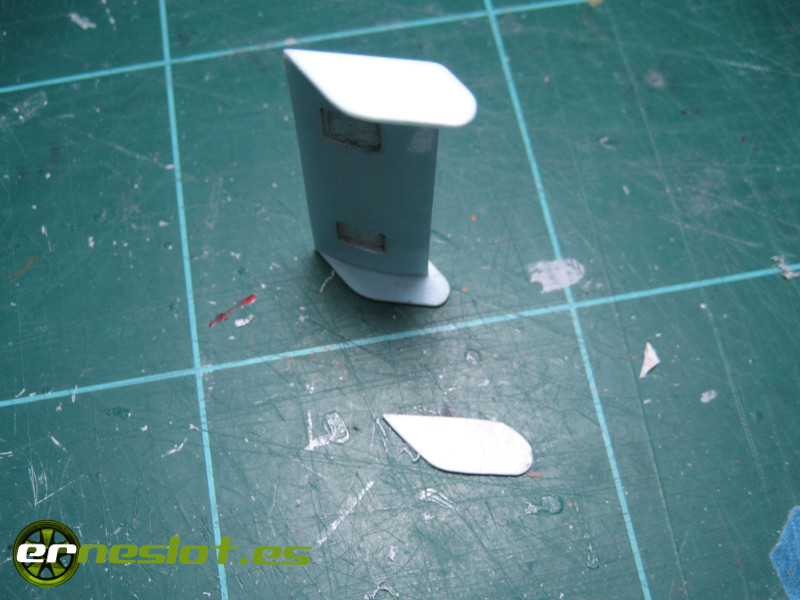 After all the work on the bodywork, I applied a Duplicolor gray spray primer coat to match the entire surface and check for any flaws that were practically non-existent. in the following image you can see the bodywork with the primer coat and the new shape and position of the side air intakes. 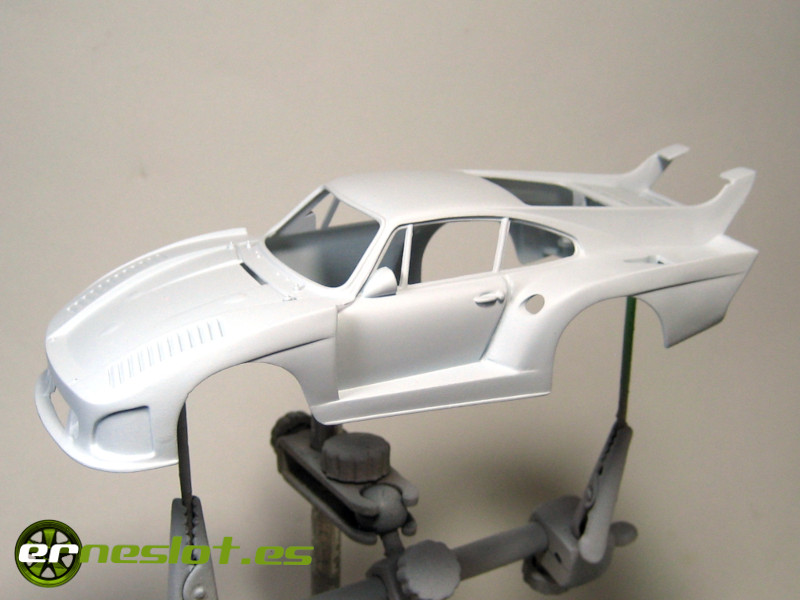 For the interior, I discard using the original drivers tray and changed it for one of my own making based on a plastic card to which I glued a dashboard urethane casted from an ARII model that I have used in many of my works because it reproduces the perfection the dashboard of the Porsche 911 and derivatives up to the 993 series, and a bucket seat also made of resin casted from the one I made for the Porsche RSR Turbo. 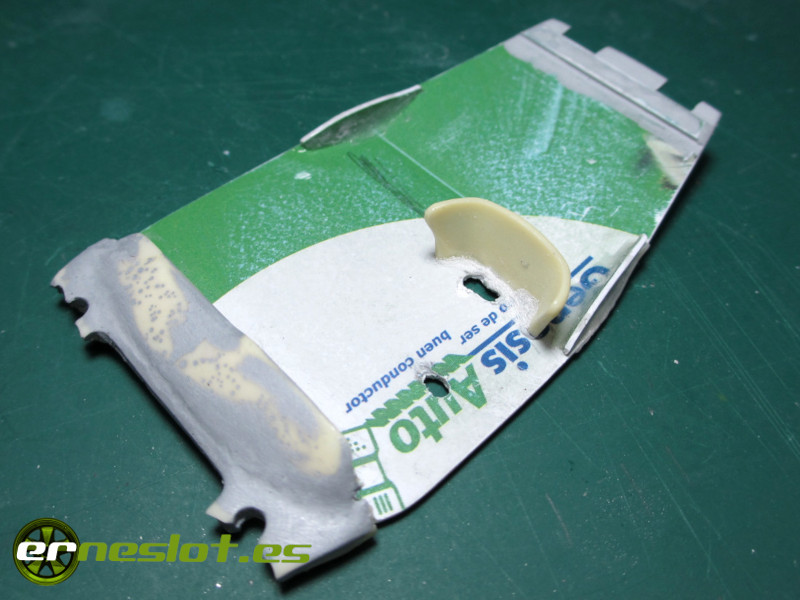 Finally, I made a piece that once finished I will glue to the chassis to simulate the exhaust pipes and turbochargers of the Porsche 935 K3. On a round rod from a sprue, I glued other rods of the same origin that I curved with the help of the heat of a candle to simulate the shape of the turbos. In the center I glued two 1 mm. in diameter carbon fiber rods where the exhaust pipes would come out: 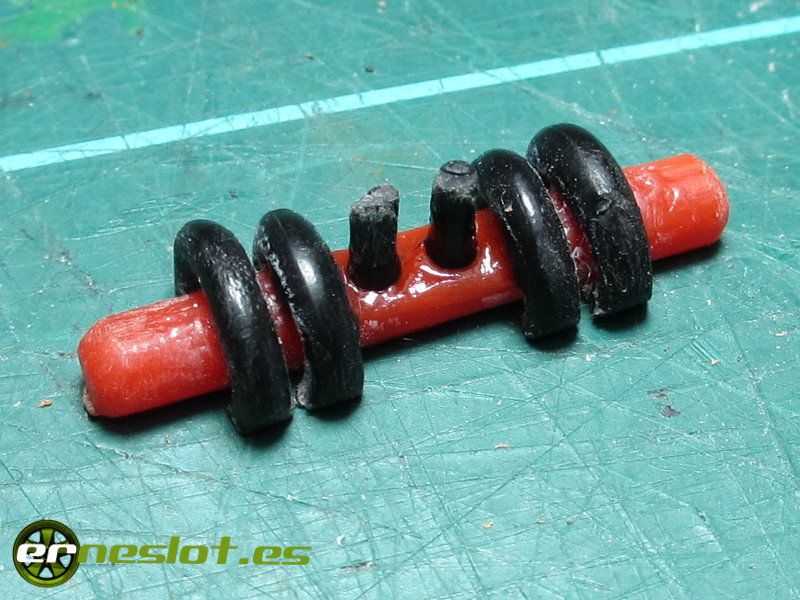 I placed the carbon fiber rods to be able to glue two electrical ferrule connectors more securely, which will be the ones that simulate the exhaust pipes: 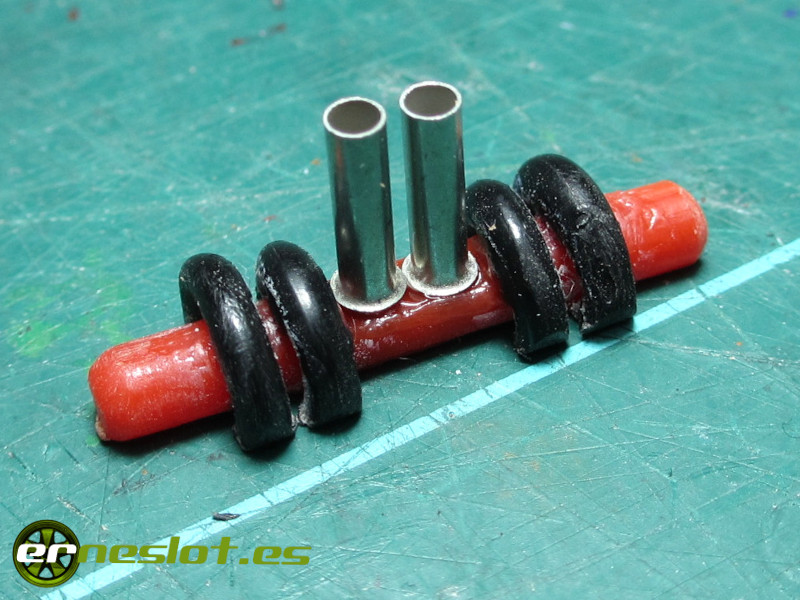 And with this last piece, I finished most of the pieces that would make up my 935 K3.