The best way to get started in this hobby is starting with simple things such as decorations or small changes in the body. I started to get into this world when I still competed in rallyslot, decorating the car with I racing to make them different and more easily recognizable on the track. At that time my intention was far from making a true decoration, I hadn´t sufficient knowledge in handling the tools and paints, sprays, decals, etc... to do serious work. I was satisfied with that the car is pleasing to the eye without paying much attention to detail.

The result you can see in the two models I introduce in this section, they aren´t a marvel. The collection of failures and erasures is long, but they are from I started and where I began to learn what to do and what not, what works fine and what breaks down a work.

So the interesting thing about the first decorations is not so much the result as learning from mistakes and try to improve. Is essential to take this into account when we start decorating models.

I did this Porsche 911 to race on classics regulations from the now defunct club Slot Racing from Alcorcón. Over a bodyshell and chassis of the Altaya Porsche 911 SC I tried to make the Castrol "classical style" decoration like the those reproduced by MG Vanquish in his CAN AM BRM. The matter was an attempt, because the aesthetic results left much to be desired.
The list of failures is long, starting because I removed the original paint badly I had to spray so many coats of bad quality white paint to cover it (which caused them to disappear many details on the bodyshell).

The stripes are painted by brush with acrylic Tamiya paint masked with ordinary tape. As the tape didn´t fitted well the paint went under. And as the coats where so many loaded the paint cracked when dry. At least the decals, buyed in a shop, were well placed and gave the car a better look. A pair of hands Tamiya varnish to give hardness to the paint and finish. Here´s the result: 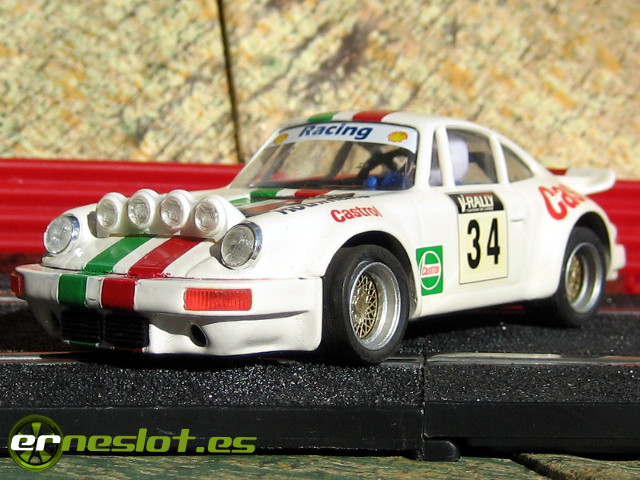 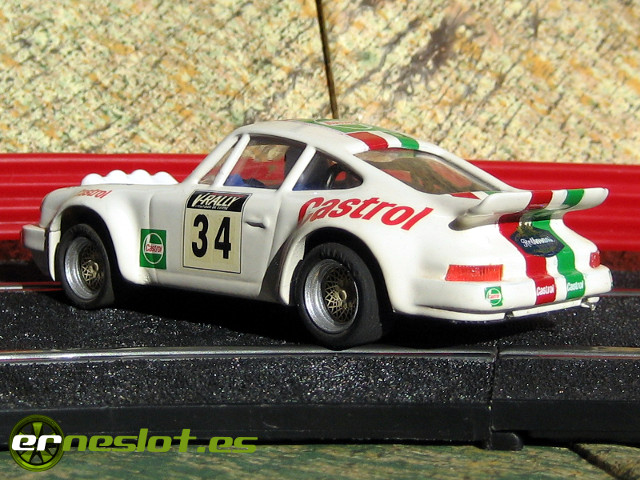 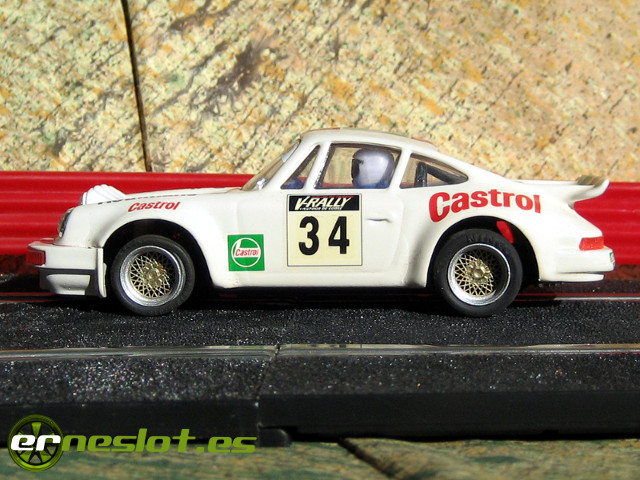 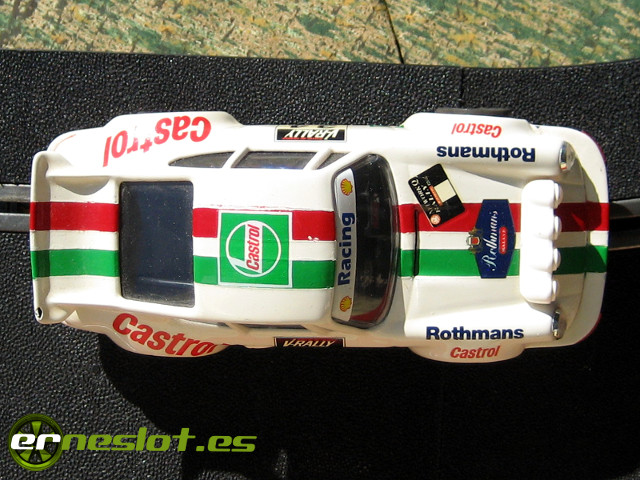 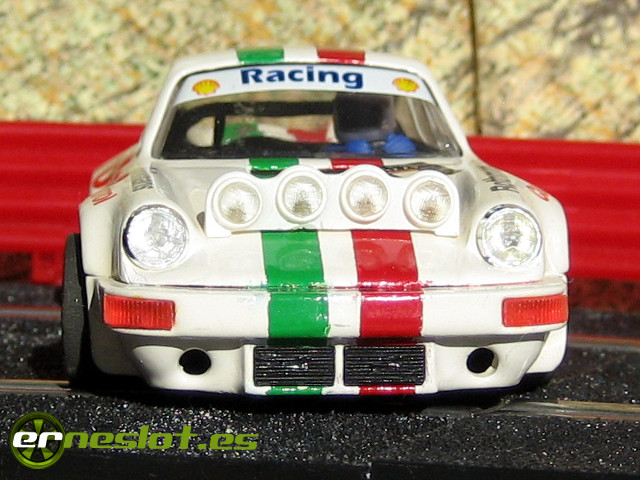 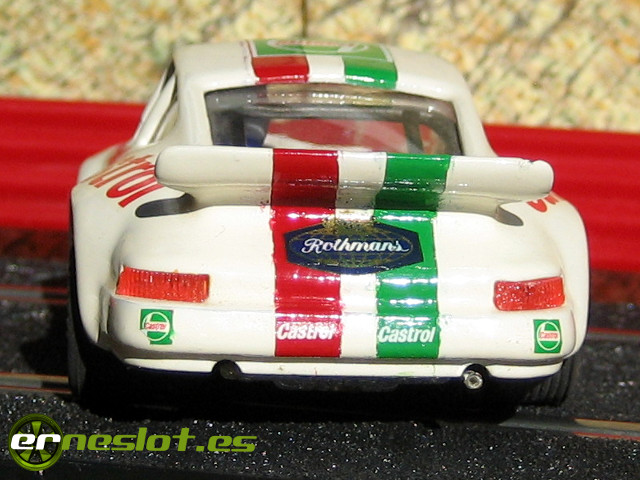 In any photo you can see the failures. Not that I give much importance to the decoration wasn´t perfect because I wanted to differentiate the car to race, but the results have been somewhat better simply to have remove well the paint form the body and having used an appropriate masking tape. It is curious that the difference between a sloppy and somewhat presentable as simple as that.

when I race in rallyslot, SCX Ford Focus was one of the leading cars to race in Group N regulationes. During a couple of seasons I raced with it, Martini originally decorated. Needless to say after a year on tracks the car decoration was quite scratched so I decided to change it. Recently I had decored the Porsche 911 Rally introduced above and where I had some decals left I decided to do the same Castrol decoration. The problems and failures were almost the same because I did it the same way. The most serious failuire, had been don´t remove well the original decor before the white paint. Although in this case I paid more attention on the details such paint the flashing lights as you can see in the pictures: 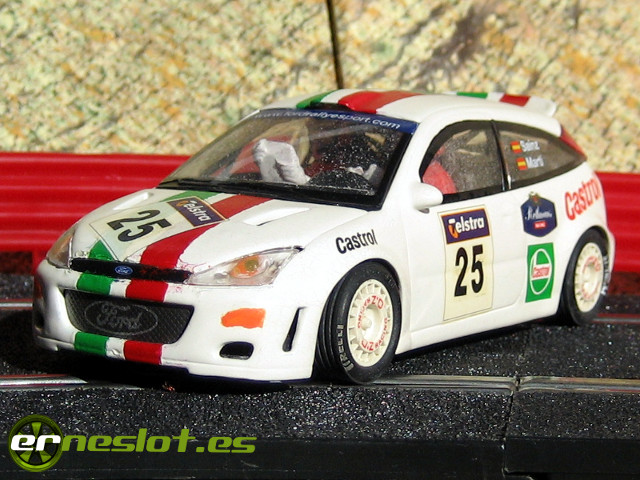 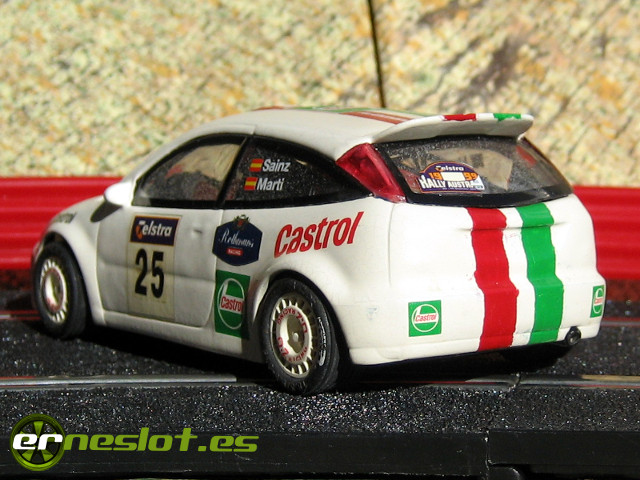 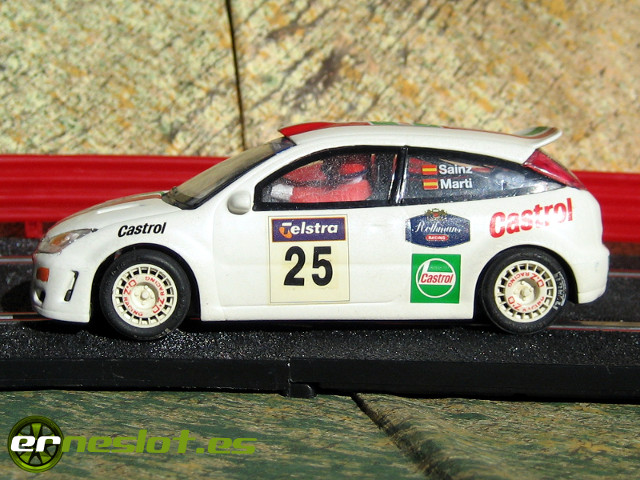 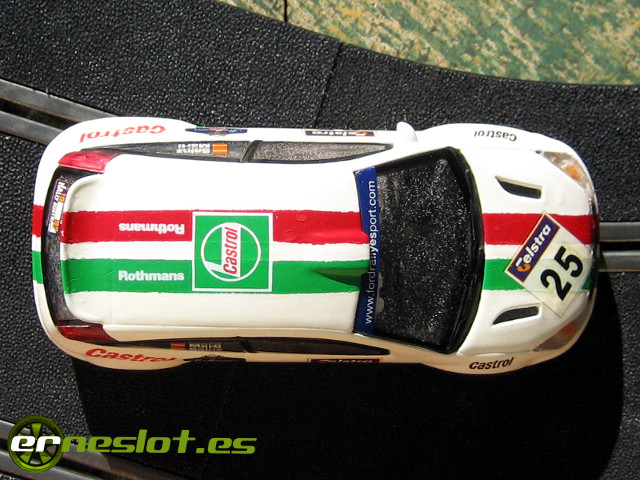 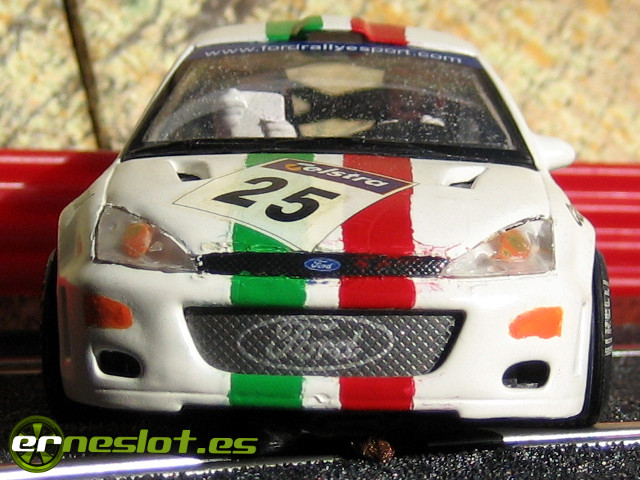 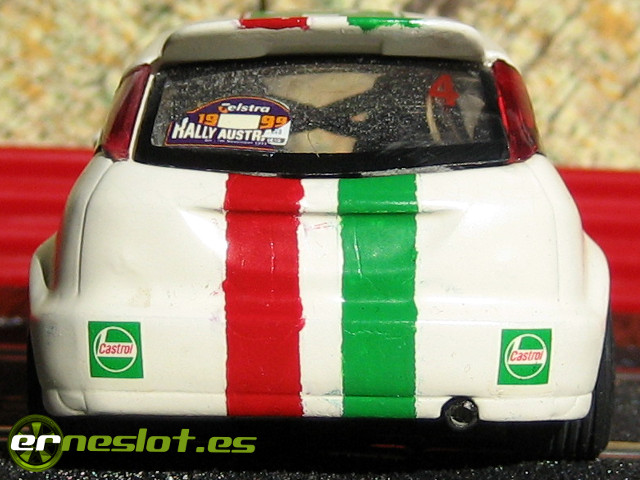 The result was slightly better than the previous model but when I applied the varnish (a copule of coats of Citadel matt) the paint cracked showing a look like the porcelain very curious that can´t be seen in the photos. Because the car was for racing I didn´t give it much importance. Thank goodness it was not the decor of my life ...